Based in rainy, gray St. Petersburg, cinematic storyteller Polina Washington brings a much more colorful world to life in her photography. Continually exploring who she is as a creative, Polina’s style has jumped all over the spectrum during the last 15 years, from black and white street photography to multiple exposure on film to self-portraits and nature. “Photography is always connected with who you are in the moment because I think you’re never the same person as you were yesterday. The more you explore, the more opportunities you get for inspiration and to create something new. It’s not about being locked in a box of one style – it should be about trying to explore everything around you. For now, I’m mostly interested in creating cinematic stories,” she says. With darker settings as her backdrop, Polina uses color and light as her key tools to show the world as she sees it – a brighter, dreamier reality.

For many years, light and color were the essentials missing from Polina’s life and art: “I never knew that I could express this vision of color and light in my photography. I was more stuck on the idea of, ‘I live in a city with no light, with no colors, so I can’t achieve it. It’s impossible.’” With the discovery of these elements added to her style, Polina paints the world she sees in a unique light, illustrating that there are endless points of view among artists and there are numerous shades and tones to see life through.

Setting out for warmer weather and more light, Polina and her crew headed for the small seaside town of Kaş in Turkey. With minimal gear and her compact Leica M10R, Polina isn’t a believer in planning out shoots, preferring to go in with no expectations and seeing what can come from the moment. Even with the two subjects of her story, she didn’t dictate a concrete plot, but instead let them be themselves and see what could naturally form between the two. With this series, Polina wanted to investigate the human experience of being out among alluring landscapes and the emotions that can build between individuals in this moment.

With this fluid, spontaneous shooting process, the group suddenly became the heroes of the explorative story Polina envisioned – “We were the story we wanted to represent; it was our story of us being on the road, of us building relationships with each other while seeing beautiful places. We knew about a few interesting locations, but each time we planned something, we found some road that we didn’t know. And we thought, ‘Let’s go and check it out.’ And each time we did that, we found amazing and interesting places for shoots. We never really knew where we were going to be – and that was perfect,” explains Polina.

Not only did Polina explore new landscapes, but she also tried her hand at the new Capture One 22 to see what possibilities it held for enhancing her storytelling. Not usually shooting panorama images, the new Panorama Stitching feature was a first for Polina, proving to be another way for her to express her creative vision.

“I found shooting panoramas really interesting; I think it’s a cool format for creating really fascinating stories. I can see myself using panoramas in a collage – it’s very cinematic and dramatic and gives you a much wider opportunity to photograph any place. I never thought about making panoramas before, and I was afraid it would be difficult. But actually, the Panorama Stitching tool was really comfortable and easy – you just push a button and that’s it. Nothing complicated.”

Exploring the tools of Capture One

For Polina, the shooting process doesn’t end when she puts down her camera; post-processing is just as important for her story to really come into its own. Exploring the ins and outs of Capture One, she noted some of her favorite tools that were key for her process: masking, grain tool, and as is very evident in her work, basically anything connected with color.

Treating her images a bit like paintings, Polina perhaps doesn’t always need to achieve the most realistic skin tones. But working with difficult lighting conditions, especially with night photography, can call for needing to balance out affected skin hues: “If we talk skin correction in Capture One, it’s more detailed because you choose the area of the skin tone you want to work with instead of the system deciding for you. You can change the tone on just one part of the face if you need. I love experimenting and I usually use artificial light to set some color on the subject’s face, but the skin can become too purple, for example, so you have to fix it to balance the whole picture. It’s important.”

Working heavily with film in the earlier years of her photographic path, Polina is very much used to the feeling of real grain and has a hard time accepting the digitized version. “In Capture One, it actually gives you a more realistic film grain so you can create photos that actually look like a film image and I think it’s nice. You have more options to work with different types of grain,” explains Polina.

Using a wide tonal palette to tell her visual stories, Polina needs absolute control over her colors. New to Capture One, she discovered a wider range of color options to play with in her images:

“Capture One actually helps me to see those landscapes – not the way I see it with my eyes, but the way I want to see it. I had some shots where I realized that I have to go deeper. I think it happens a lot with landscapes because when you see it with your own eyes, it’s like, ‘Oh, wow. It’s nice and beautiful.’ But when you work with it in photography, I always want it to look more fantastic than it was in real life. That’s why I expand all the colors and add saturation to be dreamier and more interesting. Color is the most important thing for me in my art and in my life. So I need instruments to express my feelings connected to colors.”

Even when exporting her work, Polina was ecstatic to see there were no surprise changes in the final colors. “Because Capture One works with tones better, it gives you more colors when you edit. You can achieve a more colorful and interesting result,” she says.

I usually try to see and show the world better than it is, but not in the sense that the world is bad – just more colorful, more unrealistic. It’s like trying to see everything around you, but a bit brighter, a bit more dreamy, more interesting, just for myself as a photographer. I think it helps me to somehow change my relationship with everything around me, because I push myself to see things better. 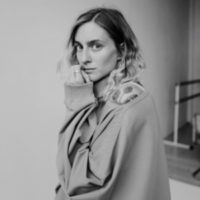 Russian photographer Polina Washington is well known for her use of strong hues and expressive colors. Graduating as a director of photography from St. Petersburg State University of Cinema and Television, Polina’s background in cinematography is highly reflected in her imagery. Polina often holds style workshops for helping other photographers develop their creative flair and has over 165k followers viewing her work on Instagram. She has worked with Leica Russia, Fujifilm Russia and iPort Apple reseller.