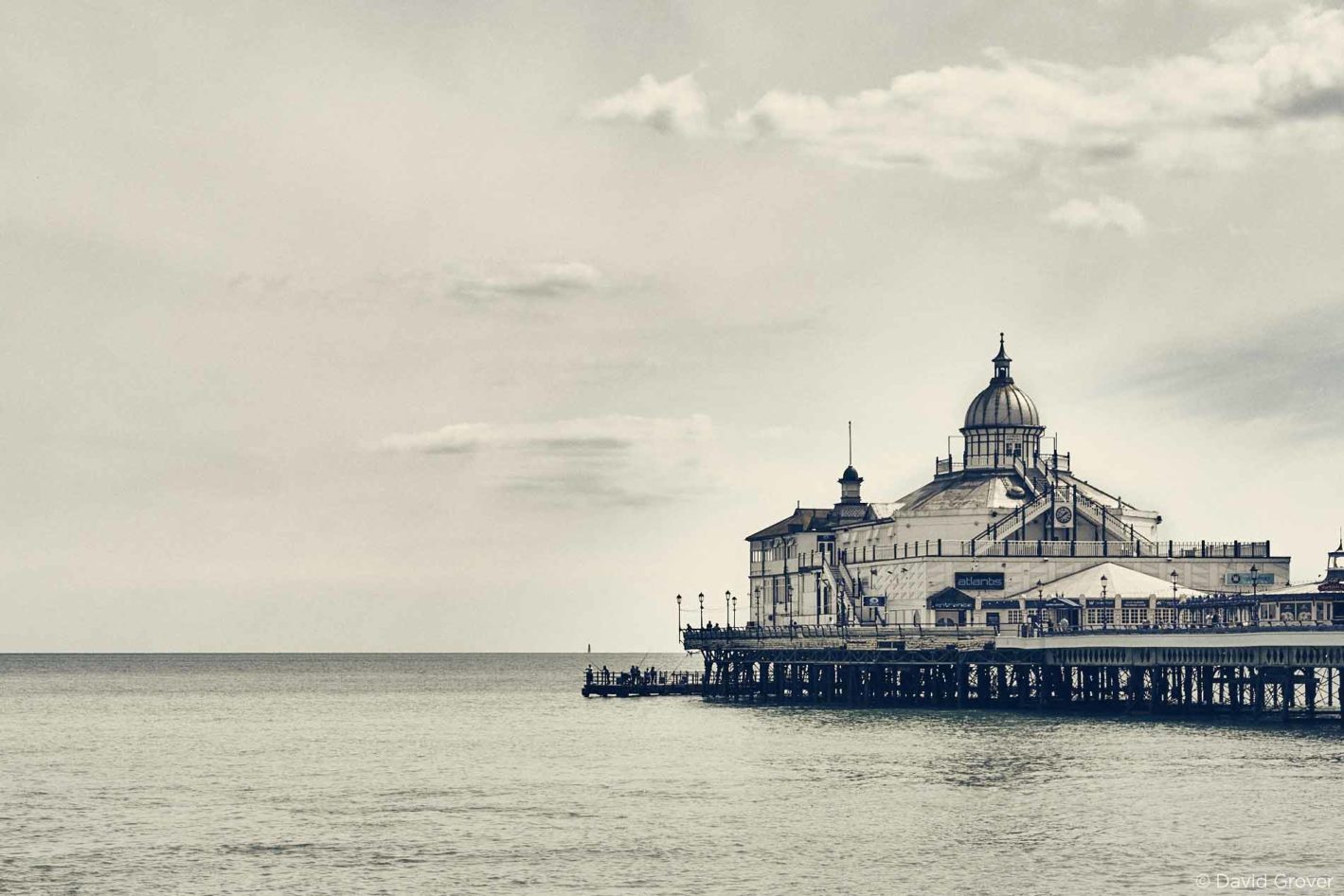 At the end of 2015 we released Capture One Pro 9 with new features, better quality and even more ways to work with your images. For those of you who already have existing Capture One 8 or earlier Catalogs or Sessions, you may be wondering how you bring those into Capture One Pro 9?

We are all very careful with our important images assets, so its only natural that we want to be cautious when moving from versions or from one application to another.

Fortunately, it is extremely easy to bring your older Catalogs and Sessions into version 9 and revert back if you want to as well.

We also don’t automatically ‘upgrade’ your legacy images (those worked on in earlier versions than Capture One 9) as some small differences in the look of the image may occur.  It’s your choice, not ours, to change your images.

In this post I will cover upgrading to the latest processing engine too.

Click Upgrade Session and it will open up straight away in Capture One Pro 9. Settings and Adjustments are preserved.

If you want to revert back to Capture One version 8, simply delete the newly created .cosessiondb file and delete the appended .backup naming on the cosessiondb.backup file.

For a Catalog, the Process is somewhat similar, but with a small variation for Mac and PC.

Again, here is a Catalog that was created in Capture One Pro 8…..

As with the Session, a new Catalog database is created and the original database is kept safe and renamed. If you are using a Mac, right-click on the Catalog file and choose Show Package Contents.

If you are on a PC – you will note that the Catalog file is not packaged but a series of folders. Simply browse the folders and inside you will see the .backup Catalog as in the Mac system below…..

Once again, if you want to revert to the old Catalog, simply delete the new .cocatalogdb file and append the name of the .cocatalogdb.backup file.

As I mentioned at the start of this post, we do not automatically upgrade the process engine to the Capture One 9 process engine.

The process engine of the currently selected image is shown in the Base Characteristics tool…….

Note, the Engine says Capture One 8 and the Upgrade button to the right is visible.

To upgrade this image to the Capture One 9 Engine, simply click on the Upgrade button.  To upgrade a batch of images, simply select them all first and then click Upgrade.

If you want to keep the image in both engines, simply Clone the image before upgrading.  This is also a good way to compare the new engine to old!

But with either way you can freely experiment with Capture One 9 on older images as well as new.

I cant find it, I have not in my version of CO9 updated right now.

When you say ‘impossible’ what do you mean exactly? They do not open? You see an error message? Something else?

I reported the problem to the Technical support time ago, and they didn’t resolve anything. I think I have lost the old catalogs.
Where is the option in the menu Using File > Open again in Capture One Pro 9?

Hi Francisco
David says in his post that using the menu option File > Open, you will see a dialog box.
I updated your image with this option selected

You don’t mention the problems with Canon RAW files. All v8 catalogs which I tried to open with a v9.x, are corrupt and are not usable anymore.

But keep on telling the world’s flat.

And that is the next step, and on and on….and infinite bucle to the same window and action.
This old catalogs are in a external hard drive of Western Digital, but always worked well. Why not now?

You haven’t ‘lost’ the old catalogs. You are looking in the “recently opened’ menu item. Simply go to “Open’ and browse to where you have stored your catalog.

Please pick you your support case so we can resolve it.

I guess I’m the only one client that has this problem or error with the new CO9, but do not worry anymore because I have found the solution. I have copied the entire folder that contains the catalog I want to open, and I have pasted into the original location where it was created: User / Javi / Pictures. Now it is when I can re-use catalogs created with CO 8 and earlier.
When I finished the catalog in CO9 I have started recently I’ll leave it in the WD external hard drive to see if the same error happens. This did not happen before, hopefully with CO 10 these problems will be solved.
Best regards

I know CO9 doesn’t do it automatically but is there a way to select all images in a in a Catalog and upgrade the processing engine? Done a few recent shoots, imported into v8 but now upgraded to new release before processing.

Yes – select all and upgrade!

I tried that first of all but only the first image selected is ever upgraded.

Double check that Edit All Selected is ticked.

that’s sorted it. Thank you David.

Dear David
I cannot make the BATCH upgrade engine feature work as you describe.
After selecting multiple images and clicking on “Upgrade” in Base Characteristics, I get a panel headed:
“Upgrade Engine for Primary Variant”
When I click on “Upgrade Engine” in that panel, only the one image upon which I had originally clicked is upgraded.
Regards
Terry

Go to File and make sure ‘Edit all selected variants’ is on.

Many thanks, David – its so obvious now I know, of course!
(for anyone else with the same question, actually one goes to “Edit”, not “File”!)
Regards
Terry

And by file I meant Edit. 😉 Thanks for the correction – I should learn to not do things from memory.

Glad it worked out.

Your explanation refers to “Mac” and not PC. I cannot upgrade my V8 sessions to V9. Running Windows 7 Pro, normally I can doubleclick on the session, choose “open in explorer”, then doubleclick on the cosessiondb file to upgrade. This does not work for V9. If I shut down CO V9 and then double click on the explorer cosessiondb file, V9 opens and inserts the session into V9 !! This upgraded session is the very sluggish to respond to editing. Can you explain how best for me to upgrade on a PC please ?

I would try File>Open from directly within Capture One Pro 9 itself.

thanks for this critical information!

I’ve upgraded a C1 8 session to open it in C19. When I select an image the “upgrade” button isn’t there next to the “Engine: Capture One 8” in the Base Characteristics tab.

The only explanation for his is that you are still in Capture One version 8!

Are you sure you opened 9?

Absolutely positive. I can view the upgraded session in C19 but can’t edit anything. Attached is a screenshot showing the lack of “upgrade” button for C18 images in C19.

Interesting! I would get in touch with support to get a resolution.

Hey David….thanks for the good write up. I just upgraded from C1 Pro8 but when I open the old C1 8 sessions in C1 9, clicking the upgrade session button, yet all of my previous adjustments (white balance, levels, etc) are nowhere to be found.

That’s very strange! Without seeing your Session its hard to comment.

I would make a support case so that we can check it over. I would imagine its an easy fix.

Is it possible to have the capture one catalogue on a external hard disk and use it with Mac and Windows?

Is it possible to update the engine automatically or in a batch for multiple images?
Thx

I do not see any mention around that folder with preview images for CO8 needs to be deleted in upgraded catalog. After upgrade to CO9 I got scared by highly de-saturated previews. And it took a time to figure out that there is nothing wrong with pictures and/or processing.

Its not mentioned as it is not a necessary step. Its hard to comment further without knowing about your specific situation, but generally the upgrade process is automatic.

I’ve watched a few of your webinars and they’re always great!
I was wondering if you’ve ever encountered the issue I’m having. I’ve got some files with local adjustments that were done in CO Pro 8, but I can’t see any of them in CO Pro 9 even if I upgrade. The thumbnail in CO Pro 9 shows what it looks like in CO Pro 8, but only CO Pro 8 actually shows any of the edits.

Are you sure you are on Capture One 9.3? There was a migration bug in an earlier version which could show that issue.

Check you are on the latest and let us know.

Yep, I upgraded to 9.3 not too long ago. I know there are still bugs with 9 in general. For example, sometimes files don’t save even though they show that they’ve been processed and on my 4k laptop the scroll doesn’t appear when I have more than X amount of layers so I can only access them using the dropdown layer menu.

I downloaded a trial version of capture one pro 11 and opened up a session previously used with capture one pro 9, upgraded it following the prompt, but now after my trial period on the 11 has expired I can no longer open my session using capture one pro 9. Is there a way of reverting it or do I need to import images into a new session ? Thanks, M

Next to your updated Capture One 11 Session database file, there should be a backup of your previous Session. Open that by double clicking it.