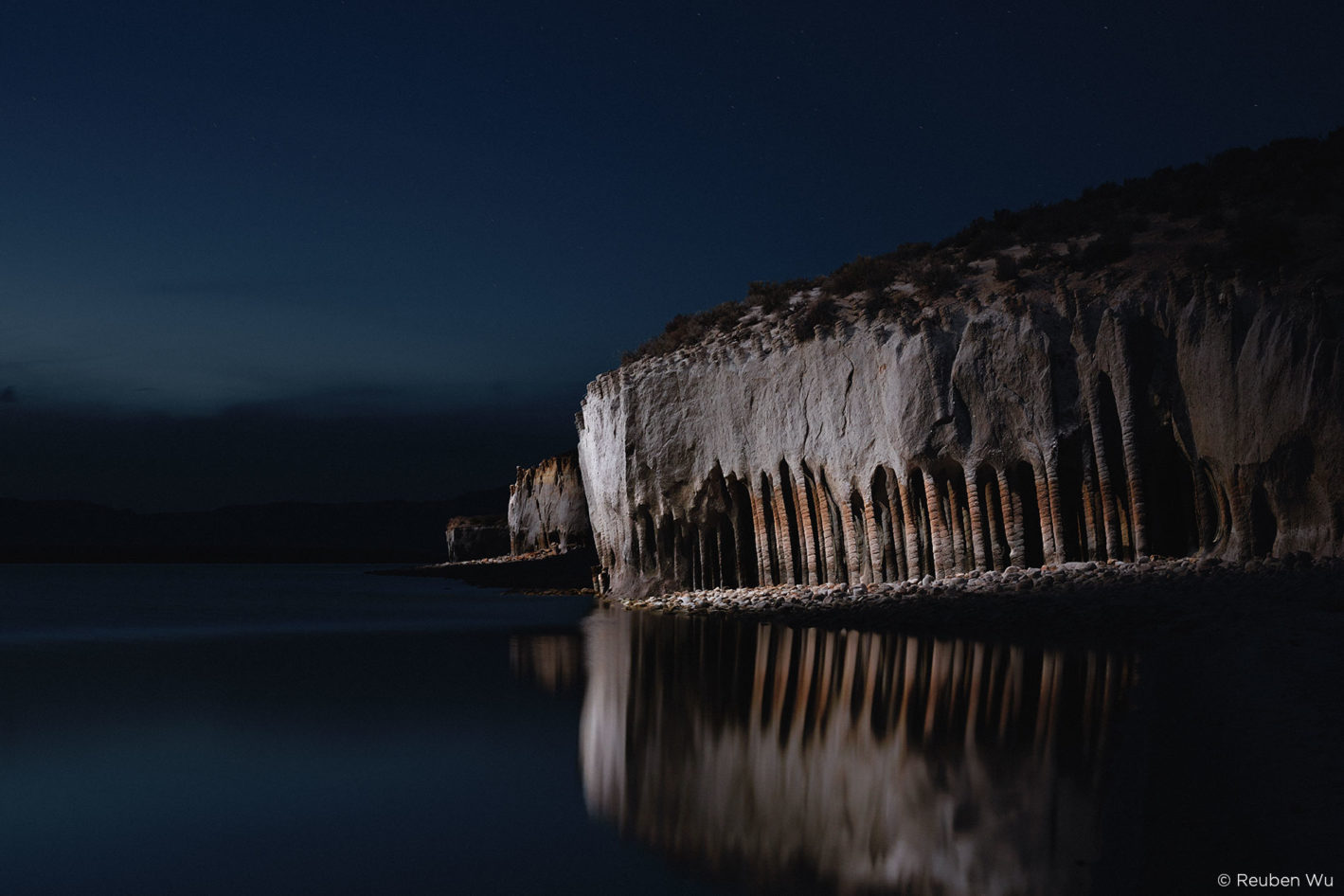 I started shooting photos as a creative outlet while touring as a member of the band Ladytron. Since 2001, we’ve released five studio albums and toured the world – North and South America, Russia, China, Europe, Australia, Hawaii. I also have commercial clients that I make music for, and as you can see, I’m also exploring what I can do with a camera.

For me, the camera is another creative tool. What I’m trying to do with it is to create a vision – exploring ideas of perception and imagination and memory: the idea that your vision when you see something could be different from a photographic capture. A lot of what you remember is imagination. I’m fascinated by inner perception, taking a painter’s point of view, going from the inner eye to a vision that I can share, display to people.

I sometimes see traditional landscape photography as an ‘exercise in futility’. As an artist I want to be more creative with what’s in front of me. When you see a landscape it’s always lit by moon or sun …… we know what it looks like. It’s so familiar. So what if we were able to reframe that scene and not use the sun at all? Or the moon? Not use natural light, but just use artificial lighting, as you might do with a studio portrait. In other words lighting scenarios that add tension, drama, your own unique lighting.

For the kinds of grand and vast visions I can imagine, it would have been possible before only with a helicopter or a crane. But now, technology lets you equip a drone that will go places that allow you to put familiar things in a whole new light.

I’ve always been seeking those images that haven’t been seen before. From the start, I would take a 100 km hike just to be the first one to take photos there with a camera which was never designed to be taken out of a studio. Traveling with different film formats in these incredibly unique places can be challenging. My favorite is medium format because of the quality it offers.

I come from a film background. My first experiences were shooting film on a twin lens reflex, and a Mamiya RZ67. I also really enjoy the ritual of using a camera like that. I enjoy being able to look through a waist level finder. At heart, I guess, I’m a thing person … my educational background was in product design, before I went into music and then photography and the video stuff I’m doing now.

I’ve always been very interested in getting into medium format digital, but I was aware of issues with those systems’ capability to do low light and long exposures. So I was just using full frame 35mm digital, which has been my general-purpose format of late. But then, when I had an opportunity to work with a Phase One camera, it was a revelation to see for myself what it was capable of. With its new medium format CMOS sensor, I wanted to take it out under the same conditions I’d been shooting in and see how it fared.

It was spectacular. Just being able to have that medium format shooting experience combined with being able to see exactly what was in focus (via liveview) and see if it was exposed correctly – something you don’t have when you’re shooting film – was amazing.

The Phase One camera and Capture One Pro 9 together produce files that are exactly like having instant drum scanned film (which takes hours) coming straight out of the camera. Capture One comes with the camera, so I’ve been using it to process the photos and then exporting them as tiff files, importing into Adobe Photoshop where I build the various lighting positions that I’ve captured with the camera using layers. I keep the lighting bits that I want and eliminate the ones I don’t. It’s a great way to control the final image. I don’t worry about it while shooting, but when I’m back in the studio, I’m able to look at it all with a calmer outlook.

I would like to do more commercial work, because I think it’s time for a change — I’d like to shake up the commercial world a bit. I’d take things that I love from the more artistic side, and create a radically different result. I really enjoy shooting humans as part of the landscape or featuring machines or architecture … they provide a story, a point of scale or familiarity in whatever scene I’m creating. There are so many potential avenues, for example, using lighting in ways that help people see outside their habitual ways of seeing.

This most recent series of night landscapes took a couple of months to produce, and a ton of research. I spent time with the Phase One in California, Nevada, Oregon and Washington. Next, I’d like to mount an exhibition of all this work – I really want to print these images large, because they have so much personality. They need to be six feet tall! Maybe back lit so for the viewer it’s very experiential and immersive.

Key to this kind of work is being on top of your equipment – especially in difficult environments. You have to know your gear really well. That’s why, when I had the chance to use the Phase One, I thought, “I can’t go out the second day and be able to shoot with this!” But it was very easy, intuitive really. The live view and touch screen were very useful in the environment that I was working in. I was expecting it to be complicated, but it wasn’t. It was like shooting on a very smart camera. Like shooting with my old Mamiya, but with extra magic.

Reuben Wu is a photographer, film-maker, music producer and co-founder of the band Ladytron. In his visual work, he is driven not just by the urge to create imagery, but by a desire to explore new places as if they were unknown territory, constantly open to serendipity and with an eye for the unnoticed and the hidden. Photographs, like music, can create an echo of a time and a place. To me, my images are more than pictures. They are fragments of memory and imagination.

Capture one pro does not recognize Silverfast RAW.
Useless for fine scanning.
The Camera looks great but who has,(except pros) the $30.000
needed to buy a basic system.
Wu’s work is anthropocentric narcism as usual for this Predatory Capitalist ,must make to sell, new stuff, culture.
Very hip, very cool to rearrange nature. Very NOW, not deep or sensitive, so make it big to sell to Corporate.
Good for him he’ll make it big, as it should be.
This rant was brought to you from an older 8X10, platinum printer. And I’ll match any of my prints with his, for feeling and actual natural soul. Money does buy that, only good teachers
and a true eye can achieve depth. Not a photoshop brush.

I have a question about masking. Is here any way to adjust opacity from keyboard like in Photoshop 0-1 for immadiately change from 10% to 60% for example

You can set up a short cut to increase or decrease, but unfortunately it is not possible to set a specific opacity. The suggestion is good, though – We’ll look into it.