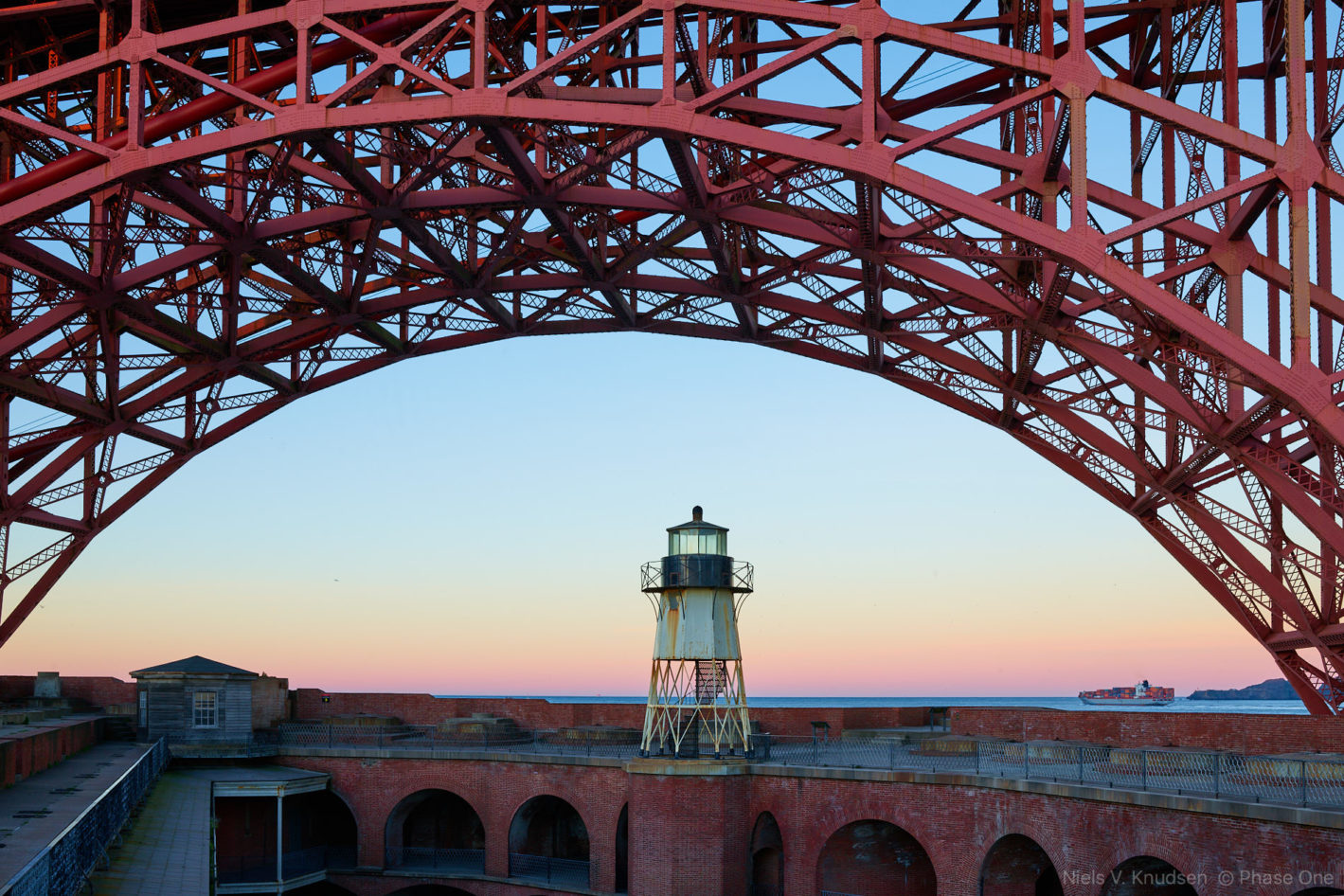 The Lens Correction tool in Capture One Pro 10 has been improved and now also includes Lens Diffraction Compensation. This is a feature that compensates for the loss of sharpness and micro contrast that occurs in images shot using small apertures.

Whenever you need a larger depth of field in your images, you can now stop down your lens at least one stop further than what you would previously have done without losing the perceived sharpness of your image.

Diffraction in a lens is not about how well the lens has been designed and manufactured, but it’s something that’s determined by the laws of physics. As light is an electromagnetic wave, it does not always travel in a straight line. When light waves pass near a barrier they tend to bend around the barrier and spread out. The aperture in a lens acts as a barrier. When light waves pass through a large physical aperture in a lens, hardly any bending of light will occur. But when stopping down the lens, some bending of the light will inevitably happen. An image of a perfect point light source will then no longer be a sharp light point, but will be a more diffuse light point. In a normal image, you will see this as loss of sharpness and micro contrast. This effect of lost sharpness becomes increasingly visible the more the lens has been stopped down.

When will you see diffraction in an image?

How much you see the negative influence of lens diffraction depends on the pixel size of the image sensor in your camera and the aperture you are using. The table below shows when you’ll typically see the loss of sharpness caused by lens diffraction when using cameras with different sensor size and pixel count.

In this example, I want to show you how much sharpness and contrast you actually lose because of lens diffraction. In the test below I used the Phase One XF 100MP camera system with an AF 45mm lens. The camera has a Low Vibration mode which utilizes the electronic front shutter curtain and the built-in vibration sensors to insure vibration free exposures. This means that any decrease of image sharpness in this example is purely caused by lens diffraction.

Scene used for showing the effect of lens diffraction.

The images have been shot using apertures from f/8 to f/22. At f/8 the image is still showing maximum sharpness. At f/11 you can just about notice a minor decrease in sharpness.

At f/16 a decrease in sharpness is obvious, and at f/22, it becomes so soft that details are disappearing.

In the example above it is evident that if you stop down your lens too much, you will lose sharpness and micro contrast. When checking on the Diffraction Compensation in Capture One 10, a special kind of complex re-sharpening of the images will take place to restore the lost sharpness and micro contrast. Needless to say, if details are totally lost due to diffraction they cannot be restored, but even such images will still greatly benefit from the Diffraction Compensation tool.

The Lens Tool with Diffraction Compensation turned on

In the column to the left all the images are shown as they will appear using the default settings in Capture One Pro. For the images in the right column, the Diffraction Compensation has been turned on.

Diffraction Compensation is turned off by default in the Lens Correction tool because it can add more processing time and minor noise increase, even for images where the correction is not required.

Knowing that the diffraction limits the sharpness of my image, previously I would typically have used f/11 as my smallest aperture for medium format images. Now with the new Diffraction Compensation, I don’t hesitate to stop further down if I am in need of more depth of field.

For making the above image with the Phase One XF 100MP camera system with the Schneider Kreuznach 55mm LS f/2.8 lens, I had the new Diffraction Compensation feature in mind so I chose to stop down to f 14 to get the large depth of field in the scene.

Using f/14 I can get enough depth of field in the image and by using the new Diffraction Compensation option in the Lens Tool I easily compensate for any loss of sharpness.

Great article! I can’t wait to try the new feature!

On a related note does C1 have an option to apply greater sharpening to the edges and corners of poorer quality lenses to compensate for the sharpness drop off?

It works with all lenses.
Yes, the sharpening falloff slider in the lens correction tool is exactly the tool that compensates for the loss of sharpness in the corners. The slider works for all lenses.

I assume this only works for lenses that have a lens profile in Capture One?

No, it actually works for all lenses. It only requires that we know the camera and the aperture of the lens. This means that if you have been using a manual lens where there is no lens information stored in the image file, then you need to manually insert the aperture yourself. You do this under the Movement tap.

I’m using C1 11, which does not allow me to make an entry in the movement/aperture field as you suggest… how do I deal with this?

Without more information on your camera or system its hard to comment. Please make a support case at http://www.phaseone.com/support so we can look into it further.

Is the diffraction compensation feature limited to a set of lenses, or does it apply to all?

No, it works for all lenses.

Excellent article. No argument with the table with a “standard lens” for each sensor size. However, isn’t diffraction related to the actual physical dimensions of the camera aperture? For example, f/16 with 45mm is 2.8mm while f/16 with a 90mm is 5.6mm (equivalent to f/8 with 45mm – not affected by obvious diffraction).

No, diffraction only depends on the aperture and the pixel size on the sensor. Remember that even though the aperture of f/11 on a 200mm lens is much bigger than the aperture opening on a 50mm – the angle of the incoming light is the same.

Are there situations or aperture settings for which the option should be disabled?

The table in the article indicates where you will be able to see the loss of sharpness caused by diffraction. If you open your lens one f-stop more than indicated in the table, you will hardly notice diffraction.

In terms of the last image in the article where did you place the point of focus? On the foreground, background or somewhere in between knowing that all will be compensated for.

I had the focus somewhere in between. But if I should be critical, I may have put the focus point too close to the foreground. In reality, what I do is I focus on the background and then manually move the focus point a fraction closer by just turning the lens.

Same question. Works with any lens?

Yes, it works with all lenses.

Does this make an increasing amount of correction as you stop down? In other words, will there be a greater effect for a f/14 shot vs an f/8 shot?

Also, does it apply correction to all shots regardless of aperture? Will f/1.4 have a minor correction?

Assuming I don’t care about processing speed, why not just apply this to all images at import? Wouldn’t that be a good first step in processing?

I have a subscription to Capture One Pro 11. When I open the lens module I am unable to use the lens correction tool. I am using a Samsung NX30. Is that cameras lenses not supported in this module?